I doubt that anyone over the age of 80 is reading this, so it is safe to assume that cannabis has always been addressed as an illegal substance. It is insane to think that 7.2 million Americans were arrested for possession of marijuana between 2001 and 2010.

Doesn't it seem counter-productive that a government body formed to protect us is actually harming us for possessing an ancient healer. A healer so ancient in fact that it's medical history stretches all the way back to 2700 B.C. Marijuana's first recorded cultivation was by Shen Yung and was used to treat insomnia, depression, and to drive the bad spirits away. 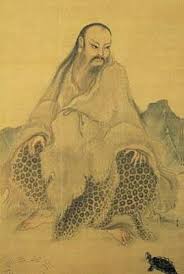 Fast forward to over 4000 years later and America is entering a decade that would define it's capitalistic and innovative ideologies forever: The Roaring 20s. A time when two multi billion dollar rivals, agriculture and industry, were fighting for their share of the market.

Major players in the petroleum and logging business were afraid that hemp would pose a serious threat to foreign oil, and that it would also create competition in the paper industry. For these reasons, William Hearst, Andrew Mellon, and many other wealthy people coined the term 'marihuana' and introduced it to the public as a new and dangerous drug. Everyone knew what hemp and cannabis was, but everyone was scared of 'marihuana'. These men launched campaigns claiming that marihuana will ruin the country. They also blamed marihuana for the murderous rampages by blacks and mexicans.

"..The marijuana cigarette is one of the most insidious of all forms of dope, largely because of the failure of the public to understand its fatal qualities," explained the assistant general for the department of treasury.

They continued to fabricate horror stories of crime and murder that were attributed to marijuana pipes. As well as riding on the back of racist claims. Eventually, most of the public and even lawmakers were afraid of the drug's effects. The Marihuana Tax Act of 1937 made the substance illegal in October of that year. And from then on, all competition with hemp in the paper and fuel industries was gone.

Thanks to people like William Hearst and Andrew Mellon, we all grew up with stories of marijuana being dangerous and life ruining. At least we know the truth now.